Beyond Exhibits: Conservation in the Real World – Everhart Museum Support the Museum

The Museum is OPEN.

Beyond Exhibits: Conservation in the Real World

Much like everything else this year, my fall internship at the Everhart Museum was shaped by the COVID-19 pandemic. In an entirely virtual setting, I was tasked with creating entries for different museum collections in the museum’s collections software, PastPerfect. The fully remote experience allowed me to work for the museum even though I was in New York City, roughly 120 miles from the museum itself.

As I began my internship, I was slightly overwhelmed at the amount of information and data listed, particularly the variety of mammal specimen. However, I found that as the semester progressed, an increasing sense of familiarity developed. I began learning scientific names simply by seeing them repeated often; for example, I learned that the scientific name for raccoons was Procyon lotor and for the opossum was Didelphis marsupialis. The learning experience went beyond these names, since I became familiar with animals previously unknown to me. Despite the excitement of this, the work began feeling slightly repetitive and I felt increasingly disconnected from the work I was doing.

To combat this, I decided to (safely) explore the city by visiting museums on the weekends. One weekend, I went to the American Museum of Natural History to view exhibits I had previously missed. The countless fossils and dioramas, with such a diverse range of animals, only inspired a sense of curiosity and awe that made me feel like a child again. As I was walking, I found myself in one of the smaller exhibits, and upon looking at them I was pleasantly surprised. In front of me were many of the species I had spent so much time entering into PastPerfect. I noticed the Procyon lotor, the Didelphis marsupialis, and many others. What had been a list of names on a computer screen then became very real and physical. I felt like I was seeing an old friend that had been distant for some while. I was quite happy.

As I continued with my museum experience, I realized that the feelings of awe and inspiration I had felt were only part of the reason these dioramas and natural exhibits were created and maintained. Perhaps their biggest goals were to show people that these various and diverse habitats and species were worthy of continuous preservation. If that was the case, then awe and curiosity alone were meant for the exhibits of extinct animals, such as dinosaur fossils. I also became aware of my own story: that I saw displays of animals I had only seen online but I knew were alive in nature. In my mind, I knew that the animals I saw at the museum existed somewhere, and I had confidence that if I decided to, I could simply bike up the Hudson River or elsewhere and find that these animals were not extinct.

It then occurred to me that this could potentially not be the reality for kids of the future. According to Science Advances, a scientific journal, a 2015 study suggested that half of Earth’s species could go extinct by 2050 in large part because of human activity. Other studies and reports confirmed this, such as a 2019 United Nations report that warned 1 million animal and plant species could go extinct in decades. Even if they did not die, the animals and their habitats could experience irreversible damage. This would mean that future children would only see certain animals, even well-known ones like elephants and giraffes, in books, on the internet, and on museum displays but never in real life.

The sequence of thoughts can sure be discouraging but it highlights the importance of conservation efforts to protect these animals and their environments. Such efforts can be international, such as the Paris Climate Agreement and related efforts to combat climate change. They can also be national or at the state level, such as policy enacted by governments to strengthen and fund environmental protection efforts. They can be accomplished on an individual level, such as learning about endangered species or refusing to purchase products obtained from such species.

This may seem like a daunting task but America has done this before. The love for nature is present in Americans, who love and are proud of their national lands. In fact, the United States includes almost 500,000 square miles of protected land, accounting for a tenth of the world’s protected areas. Legislation , such as the Endangered Species Act, helped save the bald eagle from extinction. While this is nothing new, now we need much more action to combat the significant potential for loss of wildlife and nature.

It is an urgent task that must be undertaken. We must be good caretakers of our beautiful planet and treat it rightly. The Earth needs a break and to be protected. For many, the current pandemic has been seen as exactly that. Global lockdowns have led to cleaner air, bluer skies, and animals in places typically populated by people only, however temporary. We must strive to continue these effects even after lockdowns are lifted and the world returns to “normal.”

My trip to the American Museum of Natural History provided a glimpse of what the future could be: a future in which people would see millions of animals on the internet and museums, but never in real life. But it also showed me that conservation is necessary, important, and urgent. The diversity and complexity of Earth’s wildlife is beyond fascinating, and to protect it is not only the right thing but our duty. Teddy Roosevelt said that short of preserving the nation itself, there is no task “which compares in importance with…leaving this land even a better land for our descendants than it is for us”; he called it “vandalism” to do the opposite and allow the destruction of nature. The world’s governments and people must commit every effort to ensure the preservation, conservation, and protection of nature so that future generations are able to see animals not only online or on museum exhibits, but in real life as well. 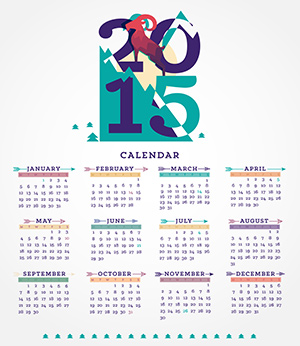 A specially curated year calendar having HQ pictures of Artifacts and Galleries. Join to grab it

Your ticket for the: Beyond Exhibits: Conservation in the Real World

Beyond Exhibits: Conservation in the Real World